CNE is one of the most credible, influential and sought-after voices on Puerto Rico’s economy. Founded in 1998 as Puerto Rico’s first think tank, CNE has evolved into a powerful nonpartisan advocate on behalf of the island in policy circles as well as an important participant of diaspora and Latino groups in the US mainland.

Over the years, CNE’s research has provoked important discussions on key issues related to Puerto Rico. More than a decade ago, CNE was among the first voices to point out the need to address the island’s deteriorating fiscal situation, restructure the island’s outdated energy utility, and find new and transformative economic strategies for Puerto Rico. The group successfully advocated for the creation of the first Earned Income Tax Credit (EITC) legislation on the island, and later on, for the creation of the island’s first energy regulatory framework. More recently, CNE has advocated in US policy circles for the need of debt restructuring mechanisms for the island, as well as for post-Maria disaster aid funding for Puerto Rico.

CNE’s policy papers are regularly sought-out by officials in the US Congress, the US Treasury, the Federal Reserve Bank of New York, and the White House, intent on receiving balanced expertise and policy counsel on Puerto Rico and finding bipartisan options to the challenges faced by the island. CNE’s reports and analyses are also regularly covered by media from the United States, Europe, Asia, and Latin America, and are cited by numerous academic and policy publications.

In 2006, CNE and the Brookings Institution jointly published The Economy of Puerto Rico: Restoring Growth an in-depth academic analysis of Puerto Rico’s economy that offered policy recommendations focused on restoring growth. The American Library Association selected the book as a Notable Book that same year.

In the aftermath of the devastation caused by Hurricane Maria, CNE created the Puerto Rico Recovery Fund in 2018 and spearheaded ReImagina with the support of US and Puerto Rico based foundations and individual donors. These two initiatives have been instrumental in channeling emergency relief to the island and identifying concrete proposals conducive to maximizing the use of philanthropic, local government, and federal recovery funds.

RECOGNIZED AMONG THE BEST IN THE WORLD

CNE has been consistently included in the Global Think Tank Report of the University of Pennsylvania. CNE has been recognized in the following categories:

The 2020 Global Go To Think Tank Index Report was compiled from a list of 11,175 think tanks and the opinions of 45,000 journalists, public and private donors, and policymakers worldwide. Among the parameters used are: leadership, reputation, impact, quality of the faculty and its publications, effectiveness of its management, and financial stability. CNE has appeared in the editions of 2013-2018 of the prestigious world report. The Lauder Institute report has focused on collecting data and conducting research on think tank trends and the role they play as civil society actors in the policymaking process around the world.

Think tanks propose solutions to social problems based on scientific evidence and critical analysis. They advocate for public policy changes based on the research and analysis of experts on social, political, and economic issues. Watch these short videos from The Think Tank Initiative that explain the impact of Think Tanks around the world.

Note: The Think Tank Initiative was dedicated to strengthening the capacity of independent policy research institutions in the developing world. Launched in 2008 and managed by IDRC, TTI was a partnership between five donors. The initiative ended in 2019. 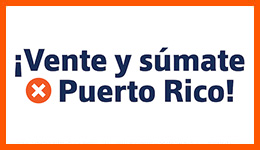