For more than 20 years, CNE has stressed that the transformation of Puerto Rico’s energy sector is one of the most important processes for the future of our people and the economy. This work takes time, commitment, and sometimes the courage to say what no one wants to hear.

In August 2020, CNE published an extensive analysis of the operation and maintenance agreement between the Puerto Rico Electric Power Authority & LUMA. We stated then that the complex contract had deficiencies and should be revised. We presented the 14 key areas where we found risks and offered recommendations to address them.

Unfortunately, time has proven us right again. We find ourselves at another frustrating and challenging juncture.

Again, we offer our expertise – first to clarify misunderstandings and facilitate the navigation of a complex transaction and also, to provide a route forward for the benefit of Puerto Rico.

The only option is to work through this together.

Our objective with this new analysis is to provide a succinct evaluation of the situation today, analyze some of the options available to the government of Puerto Rico and hopefully clarify some of the confusion surrounding the operation of this public-private partnership agreement.

This webpage aims to place the PREPA & LUMA agreement in the broader context of the transformation of Puerto Rico’s energy sector. Many other processes are going on simultaneously, and CNE has been monitoring and analyzing them.

Where are we today?

To understand where we are today, we need to understand the series of events that brought us here and the timeline that was triggered by the execution of two agreements by the Puerto Rico Electric Power Authority (“PREPA”) and LUMA. These are the Operation and Maintenance Agreement (the “O&M Agreement”) and the Supplemental Agreement. This means that:

After 15 months of operation, it is clear that LUMA is not measuring up to expectations. Both the Puerto Rico Energy Bureau and the P3 Authority have been critical of various aspects of LUMA’s performance. So far LUMA: has incurred budget overruns; has failed to meet key performance metrics regarding the duration and frequency of outages; is behind schedule in meeting certain maintenance goals (for example, controlling vegetation growth around important lines); and has shown little evidence that it is achieving the savings it represented it would generate from more efficient management of the T&D System. It is up to the government of Puerto Rico, then, to defend the interests of the Puerto Rican people.

…what are some of the most likely scenarios and their consequences?

1. Run Out the Clock

The government of Puerto Rico could just wait until November 30, 2022, and both agreements would terminate. This would have at least two consequences:

The problem with this scenario is that it appears there are no candidates to be a successor operator in the event of termination. That is, there appears to be no Plan B. Click here for details on Scenario 1.

But even if the O&M Agreement is successfully terminated, the same problem remains, who would take over the operation and maintenance of the Puerto Rico T&D System?

Under this scenario, the objective would not be to terminate the O&M Agreement but to turn up the heat on LUMA.

The government of Puerto Rico could do this in any number of ways, but the most effective probably would be by withholding a portion of the Interim Period Service Fee payable to LUMA.

In that event, LUMA would probably argue that such withholding constitutes an Owner Event of Default under the O&M Agreement. The government of Puerto Rico could then seek to start the long and complex dispute resolution process described in Scenario 2.

The idea is that the tedious negotiation and mediation process will force the parties to the table and agree on a set of actions to be undertaken by LUMA to improve its performance. Click here for details on Scenario 3.

The Consequences of Having No Plan B

As we have mentioned above, Scenarios 1 and 2 both suffer from the same fatal defect: there is no obvious candidate to take over the operation of the T&D System in the event of a termination.

Devolving the operation of the T&D System to PREPA, a criminally corrupt and extremely inefficient corporation, would be a regression, instead of progress towards meeting Puerto Rico’s energy objectives.

In the alternative, seeking a new operator under the law would be cumbersome and could take up to two years and it is not clear there would be much interest in taking over LUMA’s role.

In addition, we have to consider the impact that a termination could have on the disbursement of the FEMA and CDBG-DR funds allocated for the reconstruction of the grid.

In the end, it is just as irresponsible to grant LUMA a blank check as it is to terminate the O&M Agreement without identifying a viable successor operator. Thus, the most practical scenario is Scenario 3 or a variation thereof. Click here for details. 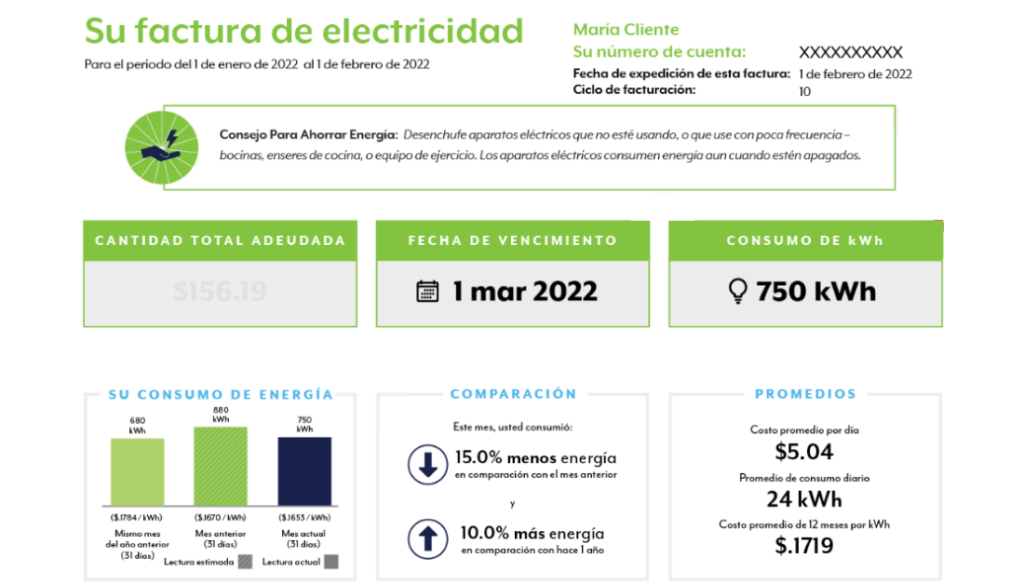 When Can I Expect My Electricity Bill to Decrease Significantly?

Many factors affect the cost per kWh in Puerto Rico, some of which are within our control and some that are not. Yet, the most important in terms of lowering the cost of electricity in Puerto Rico is the transition to large-scale renewable sources of generation.

According to unaudited financial information available from PREPA’s website, during the period between July 2021 and May 2022, PREPA spent $1.85 billion on fuel and $758 million on purchased power, which is equivalent to 73% of total expenditures of $3.568 billion incurred during that period. Thus, our monthly bill will not significantly decrease in the short term unless (1) the world price of oil and natural gas suddenly plunges; or (2) Puerto Rico significantly increases its capacity to generate electricity from large-scale renewable sources. That is why we emphasize and underscore the need to start rolling out large-scale renewable energy projects.

As we have seen, it is possible to terminate the Agreement with LUMA but there will be some severely adverse consequences, especially if there is no Plan B. Under current circumstances, we would counsel against that course of action. That does not mean, however, that there is nothing that the government can do. Scenario 3 described above is one possible alternative. At a minimum, though, we recommend that the P3 Authority hire an independent firm of world-class engineers, with no business or political connections to Puerto Rico, to relentlessly and unwaveringly supervise LUMA’s performance of its obligations under the Agreement.

Finally, we warn our readers against believing those who are already peddling easy fixes and trafficking in false hopes with the expectation of financial or political gains, or both. There are no effortless solutions to Puerto Rico’s energy problems. It will take several years of steadfast hard work to rebuild the system and decrease energy rates. There are no shortcuts, no easy answers, and no straightforward ways out. The only option is to work through it. Otherwise, we face the unpleasant prospect of several more years of economic decline and social stagnation that would entail.